The Runners Journey to Achieving a Sub-2 Hour Half Marathon

For many runners, after taking that first step out the door, reaching that first lamppost, first kilometre, first mile, or first parkrun, we look to see what we can do next. Wondering how can we progress? After gradually building up, many runners will want to complete their first half marathon and following that, many half marathon runners target that goal of a sub-2-hour finish time. Whatever your target time at a race, it takes motivation, dedication, consistency, time on feet and encouragement from those around us.

Tash Smith Event Manager at Front Runner Events, talks to local runners Nathan Williams and Diane Ridgeway about their experiences, progression and how they achieved their target of a sub-2-hour finish time.

Both Diane and Nathan are currently members of South Wales running club, 3M Gorseinon Road Runners, however this isn’t how either of them began running.

Diane first took up running in 2004, doing a Couch to 5K training programme, going on to complete the Cancer Research UK (CRUK), Race For Life. Diane continued to join in at Race For Life in subsequent years, fundraising for CRUK inspired by a fellow colleague who was battling cancer, before increasing her distance to 10K races. Although Diane admits her training wasn’t what it should’ve been in those days, she has come a long way since. She started to run with a friend regularly and increased her training before taking part in her first ever half marathon at Llanelli in 2012. In typical South Wales style, the weather was horrific for Diane’s first half marathon, but she completed it in great time of 02:08:17. 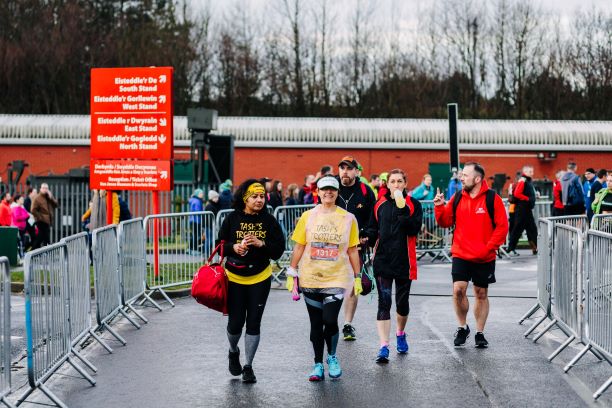 Nathan’s running journey started in 2016 after watching his brother-in-law participate in the JCP Swansea Half Marathon. Inspired by people of all shapes and sizes, Nathan wanted a taste of the race day buzz, pulling on his trainers as soon as he got home from watching the race and running around the block with his wife Katie. A week later, Nathan ran his first Parkrun, setting off a little too fast, but finishing in 34 minutes. Having taken his first plunge into running, Nathan started to train regularly building up to a 10K, before setting his sights on a half marathon. In 2018, Nathan completed his first half marathon at the Great Welsh Half, with no target time in mind, but the willingness to run the whole route and he completed it in a very respectable time of 02:05:42.

Although Nathan and Diane’s first half marathon times were not far off the two-hour mark, both decided they wanted to work their way towards achieving their sub-2-hour goal, Diane joined local running club 3M Gorseinon Road Runners in 2017, with Nathan following suit in 2018. Both are advocates of the running club and believe that joining has enhanced their training tremendously. Instead of just heading out on a run with a mile or time target, both believe the variety of speed sessions, hill, and interval training as well as their long runs has improved their running speed, form, and efficiency. The addition of specific sessions, as well as meeting fellow runners at the running club, at parkrun and at races has propelled their training and both have since achieved a sub-2-hour half marathon.

“I was absolutely over the moon with my time. It was such a lovely feeling as I had gone up as part of the running club, most of them aware I wanted a sub-2 half. I didn’t think it was achievable, I got to mile 10 and had miscalculated and thought I had 4 miles left and that a sub-2 was impossible, but I just carried on running as fast as I could. When I reached mile 12, I realised I only had a mile left and ran my heart out. My friends who’d already finished were cheering me on, which helped so much. I got to the finish line and cried!” 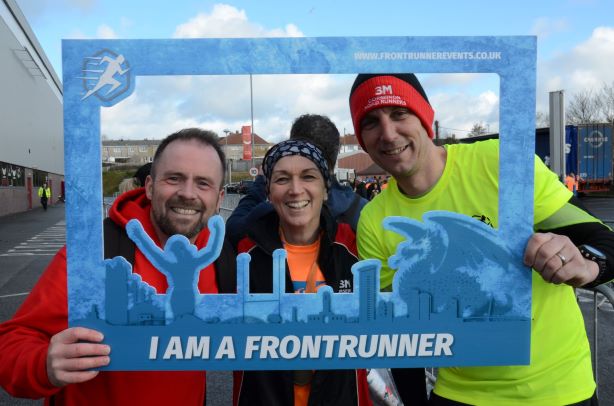 “I was determined to just enjoy the race and run the whole distance. The atmosphere on race day took control and both Diane and I set off a bit too fast, although we didn’t notice, and were smiling as we ran. Around 2 miles in, our friend and coach Ian, caught us and we ran together for a while. Ian asked if I had a goal and I mentioned that a sub-2 would be nice, but it wouldn’t be the end of the world if I didn’t get it. This was like throwing down the gauntlet, knowing the course well Ian ran with me, advising me when to put in a bit of effort, or to ease up. The last 3 miles are a bit of a blur, I was just concentrating on putting one foot in front of the other, thinking about not letting Ian down who’d gone out of his way to help me and who I admired as a runner. As we rounded one of the last corners, I could see the 2-hour pacer behind us so knew as long as I didn’t do anything stupid, I was going to achieve my goal. I was so overwhelmed with joy when I crossed that finish line, I didn’t care who knew it! The constant support from Ian the whole way around made such a difference, and I don’t think I would’ve achieved it if it weren’t for him.”

Since their initial sub-2-hour times, both Nathan and Diane have gone on to achieve PB’s in 2019 of 01:58:08 and 01:57:04 respectively, at the Great Welsh Half Marathon and the Llanelli Half Marathon. Check back next week to read Diane and Nathan’s TOP TIPS for achieving a sub-2-hour half marathon.